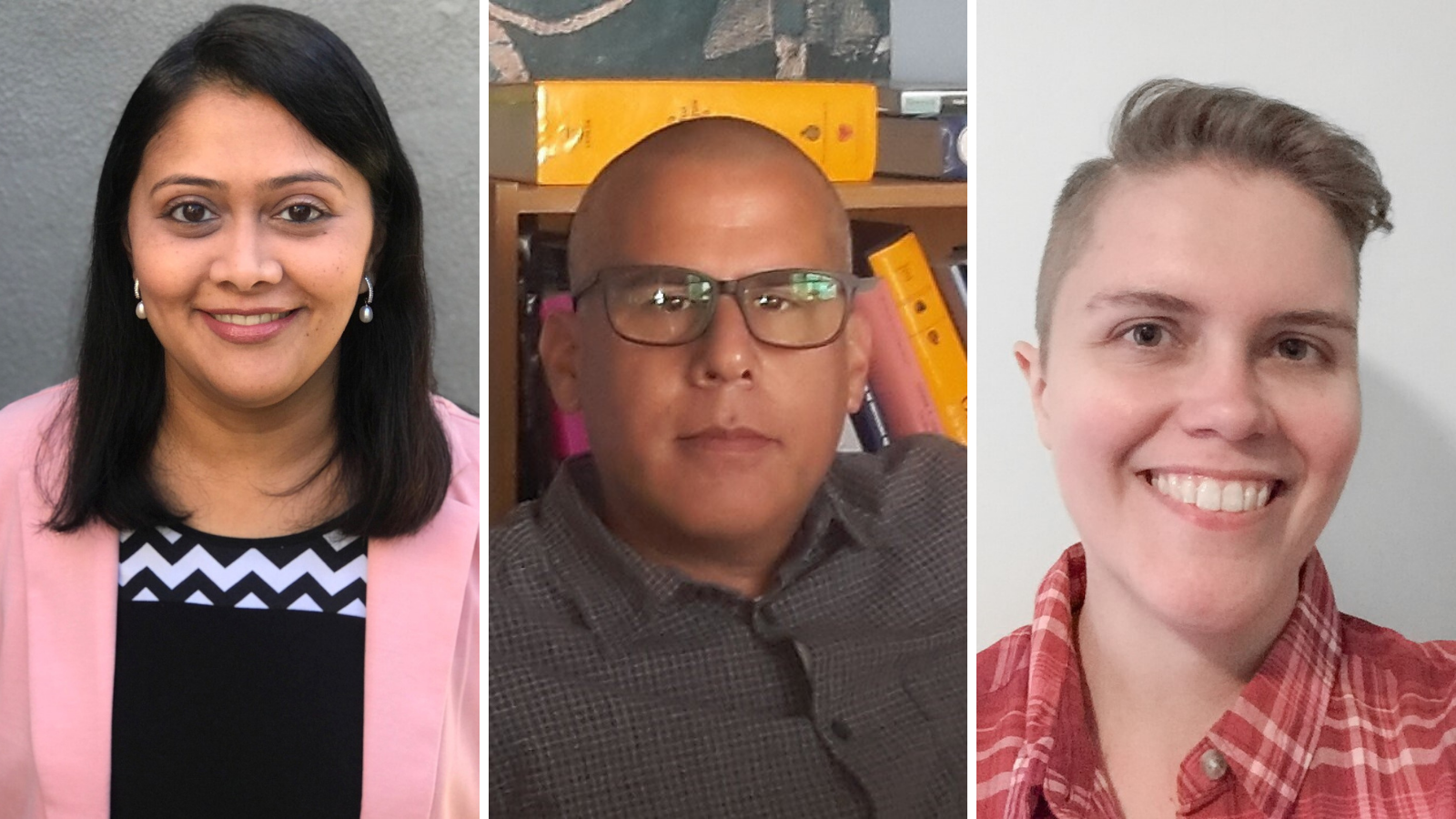 Three ACES members have been selected as the first recipients of the Richard S. Holden Diversity Fellowship: Ruksana Hussain, a magazine editor and freelance writer in Los Angeles; Erich Lagasse, an editor and translator in Houston who works in Spanish and English; and Vee White, an editor in Philadelphia who specializes in healthcare communications and educational subjects.

Each will receive up to $3,000 to apply to course tuition, conference fees, travel, or other costs related to their continuing career development and skill-building.

“We were bowled over by the excellence and enthusiasm of applicants for our initial Holden Fellowship competition,” said Henry Fuhrmann, president of the ACES Education Fund. “Ruksana, Erich, and Vee stood out in a group of talented editors, and we’re delighted to have the chance to help advance their careers.”

The Education Fund, in partnership with the Dow Jones News Fund, announced the Holden Fellowship in the summer. The pilot program is dedicated to promoting diversity and inclusion by advancing early- and mid-career professionals in their work as editors and aspiring industry leaders. The fellowship recognizes the work of the late Rich Holden, who championed diversity in editing as the longtime managing director of the Dow Jones News Fund.

Linda Shockley, the recently retired managing director of the Dow Jones News Fund and a longtime colleague of Rich’s, led the judging of the initial fellowship competition.

The other judges were Paula Fuchsberg, an editor in corporate communications at Vanguard and member of the ACES Education Fund board; James Hammond, a retired longtime editor and reporter at Dow Jones and other news organizations; and Ruthanne Salido, a multiplatform editing manager at the Los Angeles Times and graduate of the Dow Jones News Fund’s summer program.

Here’s more about the inaugural class of winners:

Ruksana Hussain works as a journalist, writer, and editor for print and digital media. Since arriving in the U.S. after growing up in India and Oman, she has built a career as a versatile freelancer dedicated to amplifying the voices of women and people of color. The Holden Fellowship judges were impressed by the range of Ruksana’s work and her championing of inclusive language and imagery for whatever audience she serves. Ruksana publishes Traveler and Tourist, an online magazine, and serves as managing editor for Diversity Professional magazine. She has been active in associations for business and travel writers and local press clubs in Atlanta and her current base of Los Angeles. Ruksana, who is fluent in Hindi, Tamil, and Urdu, has volunteered for the Global Girl Project and other projects serving young people. She hopes to use her Holden Fellowship funds to enroll in an advanced publishing course and leadership training dedicated to women or people of color.

Erich Lagasse is a freelance editor and translator who works in Spanish and English. Erich, who was immersed in both languages while growing up in Lima, Peru, seeks to build bridges between speakers of Spanish and English, with a goal of helping Hispanic authors express themselves in either language. The Holden Fellowship judges cited Erich’s devotion to advancing cultural understanding and his versatility as an editor, translator, and advocate for greater understanding. In his Houston-based freelance business, Erich edits and translates texts and develops bilingual websites. He is currently creating a bilingual guide to help native English speakers develop their Spanish writing skills and native Spanish speakers develop their English writing skills. In addition, he manages a Hispanic professionals LinkedIn group. Erich hopes to apply his Holden Fellowship to training with organizations such as Real Academia Española, with the goal of further developing his editing and offering a wider array of services to his clients.

Vee White is a developmental, content, and line editor who specializes in healthcare communications and educational material. As the owner of Write Vision Services in Philadelphia and in previous roles in medical publishing, they have edited books, conducted market research, and created reports and e-learning materials, with a focus on subjects including nursing, health professions, psychology, literacy, business, and self-help. They have worked with publishers, nonprofits, and businesses, and directly with authors. The Holden Fellowship judges were impressed by Vee’s efforts to counteract biases in publishing about gender and sexuality, as well as their devotion to advancing the cause of queer, non-binary, and disabled editors and writers. Vee has co-created a paid summer internship that to date has graduated three entry-level editors. Vee hopes to use their Holden Fellowship to pursue an advanced editing certificate and other training. Among their long-term aspirations is to launch an LGBTQ+ editors’ group and work to improve LGBTQ+-specific style guides for medical content.

Startup funding for the Holden Fellowship was provided by grants of $7,500 each from the ACES Education Fund and the Dow Jones News Fund, as well as generous donations from individual members of the Education Fund board and other friends of Rich Holden. The pilot program was bolstered by a $6,000 grant from the Scripps Howard Foundation and additional significant contributions during the year from the Dow Jones News Fund and ACES through its fundraising campaigns.

The ACES Education Fund and the Dow Jones News Fund will announce the next round of competition for the Holden Fellowship in the new year.