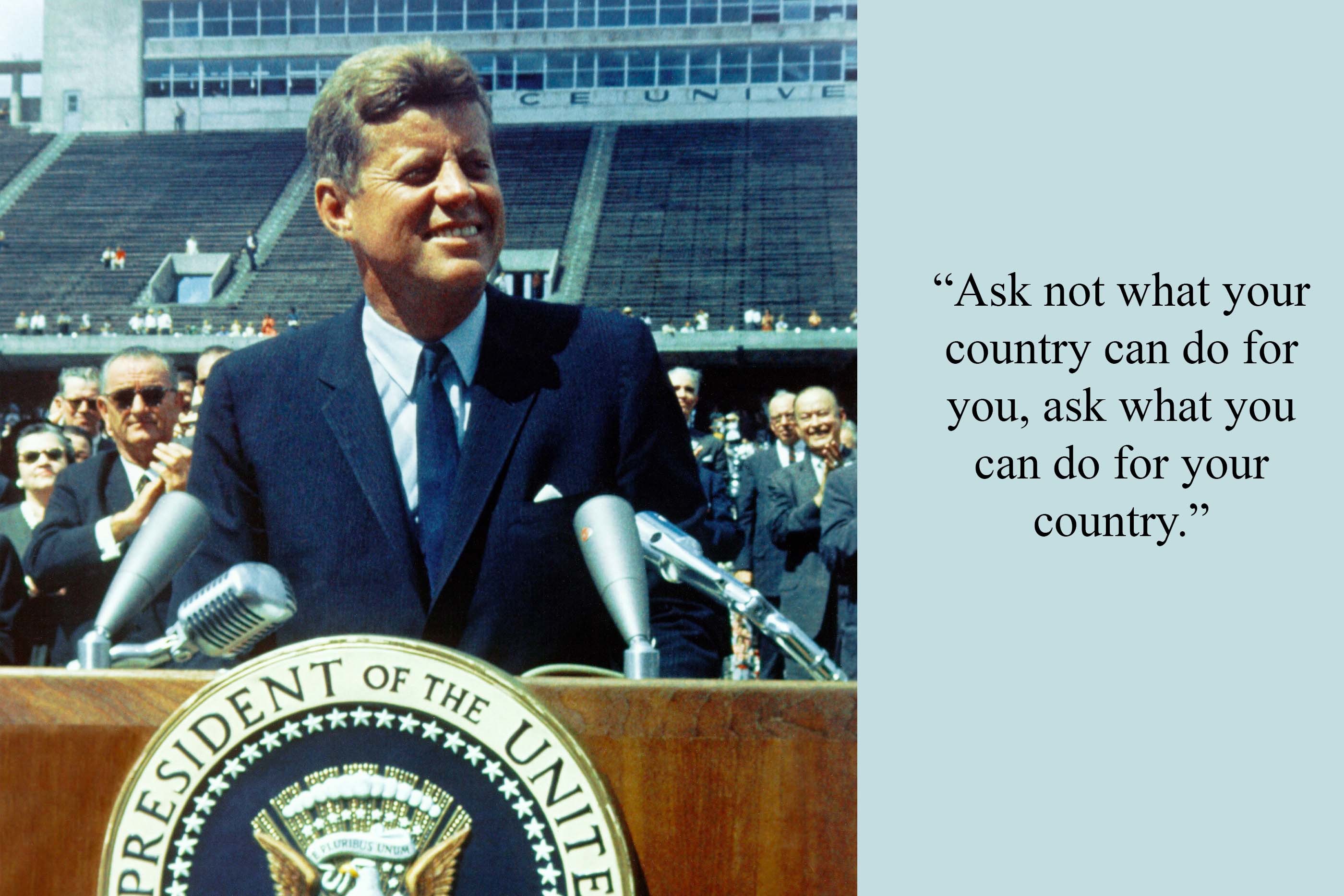 John F. Kennedy’s inauguration speech on January 20, 1961, inspired a generation of young people to a life of public service and self-sacrifice. The speech ended with what is perhaps the most well-known chiasmus in history: “Ask not what your country can do for you, ask what you can do for your country.”

A chiasmus is a rhetorical device in which the order of the terms in the first of two parallel clauses is reversed in the second. Chiasmus can be used to good effect for any inverted parallel pairs — for example, when Samuel Taylor Coleridge wrote “Each throat was parched, and glazed each eye” in Rime of the Ancient Mariner — but it’s more memorable, and often more powerful, when it inverts the same words in each pair.

One of my favorite chiasmi comes from Cyril Connolly. I know little about the man’s work beyond these words of writing wisdom, but I know he’s okay with that because he said . . .

The word chiasmus comes from the (Latinized) Greek chiasmos “a placing crosswise,” which comes from chiazein “to mark with a chi.”

It all comes down to the Greek letter chi, X. Consider that the point beneath your brain where your optic nerves cross is called the optic chiasma. So too does chiasmus indicate a crossing of two elements which would otherwise be parallel.

Here are a few more well-known examples of chiasmi:

The chiasmus can be a powerful device. It smacks of wit and sagacity, a neat little self-contained nugget of truth, like a rhetorical representation of a yin-yang or the symbol for infinity. But that’s also its curse: It sounds like wisdom even when it’s little more than a bit of trite wordplay. Ben Stiller drove this home well in the 1999 movie Mystery Men. In the movie, a man called the Sphinx is helping a collection of would-be superheroes come together as a team, all the while uttering supposed sage wisdom, such as “He who questions training only trains himself at asking questions.” Stiller’s character, Mr. Furious, is the only one not buying it:

THE SPHINX: Your temper is very quick, my friend. But until you learn to master your rage—

MR. FURIOUS: …your rage will become your master? That’s what you were going to say. Right? Right?

THE SPHINX: Not necessarily.

That sense of wisdom that surrounds a chiasmus also makes it ripe for use in one of those motivational quote images that litter social media — as no doubt the image above will be used. The cleverest or drollest of them are also subject to misattribution. For example, “You should eat to live, not live to eat” (one of my least favorite) has been variously attributed to some of the usual witty suspects, including Socrates, the Bible, Cicero, Moliere, and Benjamin Franklin.

So the chiasmus should be used sparingly; it becomes cloying and forced when overused. And certainly, when you come across a chiasmus quoted in your work, triple-check the source, because the attribution you don’t get right may rightly get you in the end.

This article was originally posted on the Copyediting website, May 9, 2018.

A Statement From ACES