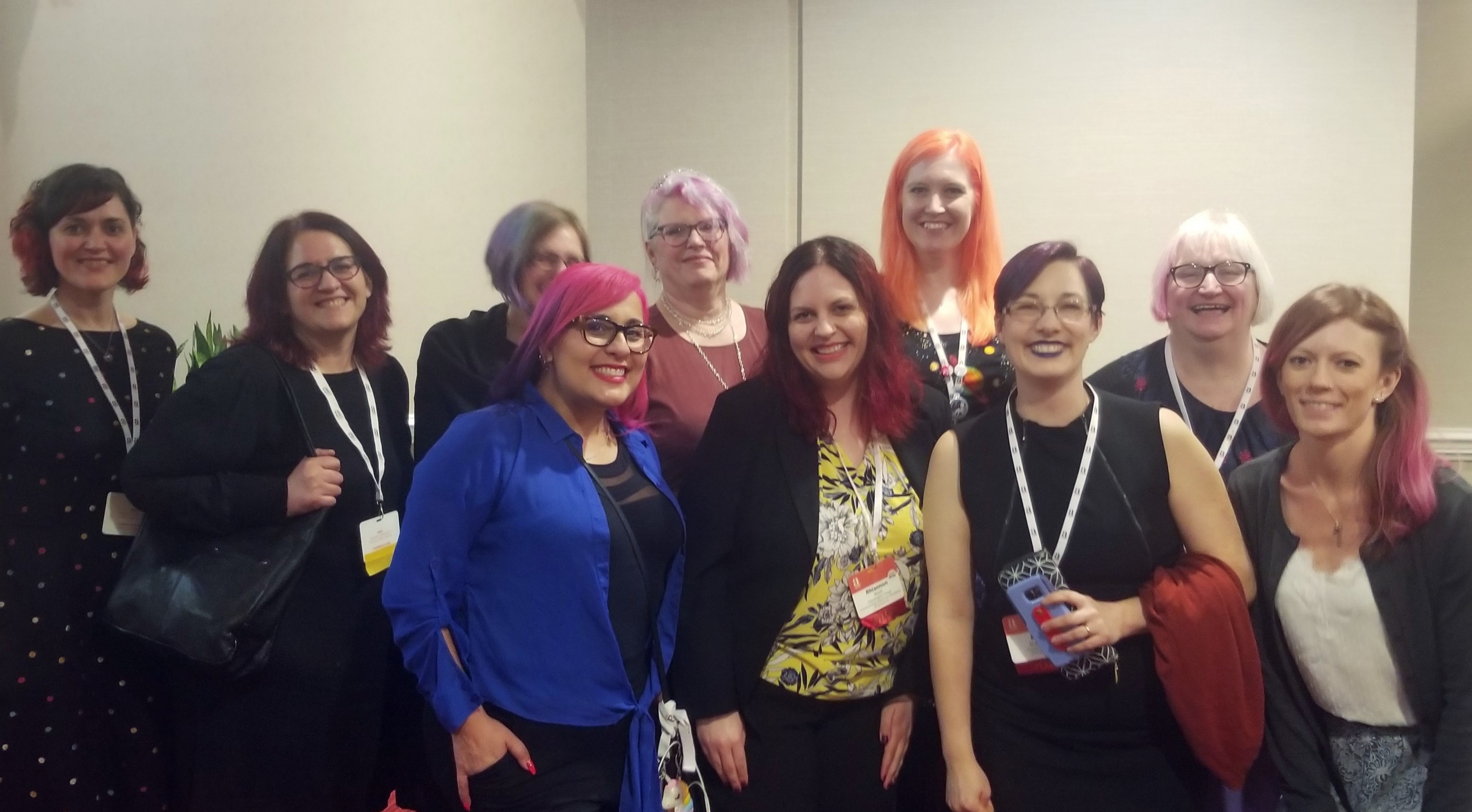 ACES: The Society for Editing, a colorful and diverse community, saw over 800 attendees at its recent annual conference. With so many experts in editing and writing occupying the same space, there is no shortage of reasons to attend. Yet, what is it that brings people to ACES?

According to Mark Allen, it’s all about the culture and community. “We all have the same mission. The community is very welcoming and very informative, and I have learned so much from my colleagues. That is what’s drawn me in and kept me,” said Allen, a longtime attendee and member of the ACES board.

Allen’s sentiments are echoed around the ACES community. Underlying what to an outsider might seem like a group of introverted word nerds ogling amendments to the Chicago Manual of Style or the AP Stylebook is a lively and inviting group of people passionate about language and the written word. The attendees openly encourage anyone to share in their dedication to proper diction, style, and accuracy regardless of the publication.

“It’s hard to find other word nerds out there that understand the importance of language,” said attendee Anna McGarity, a magazine editor in Texas. “It’s just this collective idea that words matter.”

The proud, self-proclaimed “word nerds” devote themselves to language and linguistics in various forms. From sports journalists and bloggers to government officials so secret they can’t reveal their last names, all had a common thread: a fervent belief in the power and importance of words.

But don’t let their nerdiness fool you. The ACES group has a cool, quirky culture of its own.

A tradition of embracing bold hair, and even dying one’s hair for the conference, has developed. These “bold-haired edibuddies” color or streak their hair in bright, wild shades. The practice took off after the 2014 conference in Las Vegas when lexicographer Kory Stamper and STEM editor Heather Saunders sported their respective purple and orange tresses.

“They are not only making a statement with their hair, but also in the industry,” said Christine Steele, a former ACES board member and 14-year attendee of the conferences. “Because of these ACES members in our industry showing such leadership, they are people we want to follow or emulate. We aspire to be as great as they are. It’s a great sense of empowerment to have the confidence to be who you want to be,” said Steele.

The fun of the ACES conference doesn’t end with funky hair. Attendees have the opportunity to socialize at several different events, and they can support students while they do so.

An ACES Education Fund Silent Auction offers a cornucopia of items as eclectic and amusing as the attendees themselves. This year’s collection included mug rugs, signed Scrabble boards, a pink papier-mâché pig, some brilliantly hand-knit monsters, and much more. The proceeds from the auction contribute to scholarships for students working toward editing careers.

Another popular activity, the ACES Education Fund Spelling Bee, also takes place during each conference. All attendees are welcome to participate. The organization assembles a panel of judges from industry professionals. This year’s panel included editors from the AP Stylebook and Merriam-Webster dictionaries. Punny words and corny humor drew laughter from spellers and audience members. ACES charges small fees for attendance and participation, which help bolster the Education Fund. The competition is fierce, and spellers vie for the prestigious title of ACES Spelling Bee Champion. Participants win prizes donated by the event’s sponsor, Lingofy.

“For being a bunch of book nerds, people are really friendly — more outgoing than I thought they might be and very helpful,” said writer and editor Lia Eastep, another conference attendee.

With attendance up 16% over ACES 2018 in Chicago, it is clear that ACES is doing something right. Its clever mix of informative presentations, diverse community, and social gatherings has attracted editors and writers from far and wide.

“Every year it grows,” said Allen. “This is a welcoming community where you can work on your skills and lift the profession with your presence and your sharing of knowledge.”