"Word Crimes": Thumbs up and thumbs down from the word community

All week, copy editors debated and the vast peever army delighted in “Word Crimes,”  the parodist’s new language video. The song, from Yankovic’s new album “Mandatory Fun” and modeled after Robin Thicke’s “Blurred Lines,” reminds us the apostrophe makes “it’s” a contraction and not a possessive; urges use of spell-checkers; and acknowledges that mangled spelling may draw online mockery.

But Yankovic’s own mockery, and bullying tone, have some editing and language experts turning thumbs down.

Not since Lynne Truss’ 2003 punctuation manifesto “Eats, Shoots and Leaves,” has a piece of language media become such a sensation. (And Truss’ book preceded social media.)

On Saturday, in its fifth day of release, the “Word Crimes” video, which features dancing punctuation marks, flipping dictionary pages and chalkboard-style graphics, had been viewed more than 7.8 million times on YouTube, gaining 1.4 million views between 4 p.m. PDT Friday and Saturday. On Saturday, it rated as one of YouTube’s featured music videos.

During the week, “Word Crimes” drew national coverage from radio (NPR) , television (CNN) and a host of online outlets including Slate, the Huffington Post, E! Online, Rolling Stone and Salon, which gushed, “Word Crimes” is literally the greatest English lesson ever,” slyly referring to Yankovic’s in-song dig at people who say “literal” when they mean “figurative.”

On his television program “The Lead,” CNN host Jake Tapper said the video approached perfection and was a “grammatical masterpiece” about people “who don’t speak English good.”

In describing the video, Yankovic told Tapper, “I’m not the only grammar nerd out there. There’s a lot of people who share my pain.”

(Maybe the Word Police would pull Yankovic over for his own word crime, since he said “there’s” or “there is” a lot of people when he meant “there are.”)

Although “Word Crimes” never specifically mentions copy editors, many seem to identify. On Saturday, for example, a tweeter named Jeff Rider @gazette_garner tweeted, “A song about copy editing? God bless you @alyankovic Now if only some reporters I know would listen and take notes #WordCrimes.”

The vid was getting trafficked on hashtags #copyediting and #copyeditor and on #wordcrimes. @MelissaGracey seemed to sum up many sentiments Saturday when she tweeted, “Nicely done@alyankovic#wordcrimes is genius.”

But Grammar Girl Mignon Fogarty, the keynote speaker at the American Copy Editors Society’s 2011 national convention in Phoenix, couldn’t share in the enthusiasm. In a post Tuesday, which was expanded Thursday (and recorded as a podcast), she said it made her want to quit being Grammar Girl, at least for a couple of weeks.

“You’re all going to love this video because it’s catchy, and well done, and charming in many so many ways,” she wrote. “It’s frickin’ adorable, and I wish I could love it with you, but I can’t.”

Fogarty wrote that Yankovic usefully points out that “doing good” and “doing well” are different and that (sorry, Alanis Morissette) irony isn’t coincidence.

But when Yankovic calls “word crime” perpetrators “morons” (spelled “moran” in a sign in the video), and worse, Fogarty is done. She worries especially about teachers who might decide the video is a “Schoolhouse Rock”-style teaching tool. (Yankovic told Tapper he hoped as much.)

“The video says it’s OK to call people who can’t spell morons, droolers, spastics, and mouth breathers. Really, you’re going to use an educational tool that tells your struggling kids that they’re stupid? It just blows my mind that any teacher would think that’s OK.”

Dawn McIlvain Stahl, an ACES 2014 attendee, shared Fogarty’s discomfort in a “Word Crimes” post on copyediting.com.  Although she lauded the vid’s production values and animation she said she cringed at its insults.

“As with most ‘grammar mistakes’ materials found freely shared on the Web,” she wrote, “this one made me wish more people understood that language legitimately changes over time. I also worry about the message being sent every time an editor shares something like this.”

On Slate, Forest Wickman wondered about Yankovic’s apparent vehemence, especially about the literally versus figuratively thing. (Yankovic sang that this particular misstep made him want to bash someone’s head with a crowbar.)

In his post, he wrote: “I don’t blame Yankovic for being annoyed, but he shouldn’t react so violently: Literally to mean figuratively is literally in the dictionary. Even Mark Twain used it. Maybe Yankovic should stop being such a language bully.”

On Language Log, Ben Zimmer posted the video and Twitter comments wondering about the value of peeving and the response to Yankovic’s lyrics:

Well, you should hire

To help you distinguish

What is proper English

Zimmer posted a Tuesday tweet from Todd Snider, @ToddtheLinguist, who wrote “But just for the record, let it be known that real linguists (cunning or otherwise) don’t care about prescriptive peeves or #WordCrimes.”

“Yankovic has a history of mocking people for what he inaccurately perceives as poor grammar. But his motivation in writing the lyrics in Word Crimes is really less important than what we take away from it. It’s OK to laugh knowingly. It’s not OK to think this gives us license to make fun of people.”

But Fogarty wrote that she doesn’t believe in word crimes (a sentiment “Subversive Copy Editor” author and 2012 ACES national conference attendee Carol Fisher Saller seconded in a tweet.) Fogarty furthermore wrote that she worries that many “Word Crimes” viewers will miss the parody and pile on with the pernicious peevers.

“A huge segment of people aren’t viewing it as parody; they appear to be viewing it as their new grammar snob anthem. They’re identifying with feeling superior by calling other people stupid.”

For the record, Yankovic didn’t respond to a message left on his online message board seeking comment.

Matthew Crowley is a copy editor for the Las Vegas Review-Journal. Reach him at matthew_crowley@copydesk.org or follow him of Twitter @copyjockey. 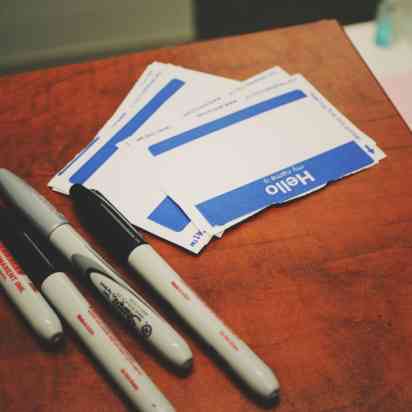