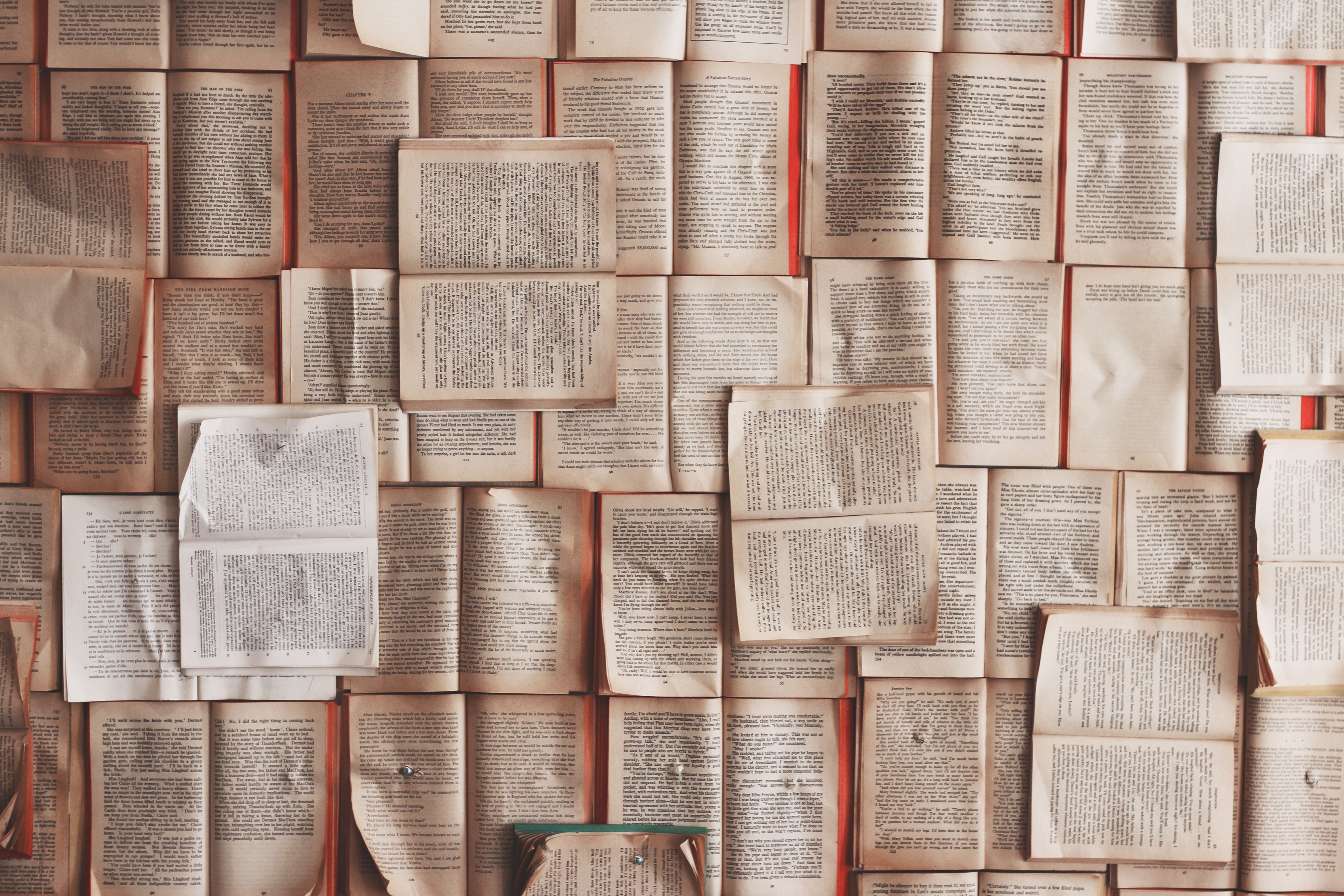 Becoming aware of insensitive language — and avoid using it

Few experiences in life are more embarrassing than saying the wrong thing in front of an audience, especially when you don’t know any better. It’s mortifying and it can feel like you can’t go anywhere without hiding your face.

On the flip side, it’s uncomfortable (and sometimes rage-inducing) when someone you know says something insensitive. Whenever this happens there’s always the question of if the person doesn’t know any better or doesn’t care. Neither is a good thing.

There’s no such thing as a “bad word.” However, there are words that have connotations that can be inappropriate for a general audience. As part of an effort to circumvent these awful situations, it’s important to be aware of insensitive language. Consider adding these words and phrases to your editing software because they’re easy to overlook and, because of the reasons listed, deserve a second glance.

Ultimately, you know your audience best. You are the authority on what language makes the most sense for them. Depending on who your readers are or what stories you’re editing, some of these recommendations might not apply.

The following is intended to be a reference point and to add to your storehouse of knowledge. By no means is this an exhaustive list, but these are all examples I’ve dealt with in news copy or heard about from other editors.

Where you might see it: Lifestyle stories, perhaps an interview with an important person. It tends to be used as a shorthand for “free spirit.”

Why it’s insensitive: It’s a racial slur. When I first learned about this, I remember being skeptical (it was 2009-ish), partly because this term is all over the place. It’s in “Buffy the Vampire Slayer,” Disney’s “The Hunchback of Notre Dame,” “The Golden Girls,” a Fleetwood Mac song and tons of horror movies. I remember thinking, “If that word has this meaning, then why is it everywhere?!”

And that’s where our work comes in as editors. Just because a term is frequently used doesn’t mean it’s one we should use. Especially since it’s a term used against a marginalized group of people.

Try instead: "free spirit” or use the term “Roma”

Another thing to consider: There are actual humans who have the name “G*psy,” like G*psy Rose Lee, a vaudeville figure and the subject of a musical, and G*psy Blanchard, who killed her mother and whose story was adapted in “The Act,” on Hulu.

In this instance, I would advise dashing out the name or abbreviating it and having a brief explanation. You might even consider pulling a “Washington Football Team” and calling it “The Striptease Musical” or “The Vaudeville Musical.”

Also note: the AP Stylebook currently has this term and “g*p” marked as offensive in its guidance. Make no mistake, it is an offensive term.

Where you might see it: The prevalence of this term is baffling. I swear that I see it once every three months. Usually I encounter it when the writer is trying to convey scale. Sometimes it pops up in obituaries when a talented performer’s personal life was overshadowed by substance abuse issues. I also recently read it in a romance novel — the author frequently used it to describe the hero’s largeness in doorways.

Why it’s insensitive: Little people exist and using a term that reduces them to their bodies is incredibly insensitive.

Where you might see it: Often this is used as a shorthand for “exempted.” Sometimes you’ll see it in a policy story or in an education story.

Why it’s insensitive: This was a voter suppression tactic against Black people that Southern states used after the Civil War.

Another thing to consider: There are several idiomatic phrases related to antebellum South, Reconstruction and minstrel shows that are lodged in the English language and refuse to be budged. Phrases like “peanut gallery,” “cakewalk,” and “sold down the river,” are common, despite their unsavory origins — and that’s a list just off the top of my head. In general, it’s worth pausing on an idiomatic phrase, asking “Hey, where does this come from?” and double-checking on its origins.

Where you might see it: Often it’s used to explain that a policy is weak or to criticize a lawmaker’s performance.

Why it’s insensitive: Anemia is a disease. Not only is it wrong to reduce a person to an illness, but to criticize them for being sick is strange and in bad taste.

In general, avoid using medical terms as a value judgment.

Where you might see it: economic stories, of all the things. Writers tend to use this as a shorthand for “devastated” or “shattered.” I see “crippled” paired with stories about sanctions too.

Why it’s insensitive: It’s an outdated term for people who can’t walk or have limited mobility. A lot of ableist terms are outrageously insensitive.

Where you might see it: This outdated idiom is all over the place. Seriously, I can’t find any consistency in where this pops up.

Why it’s insensitive: It tells people who can’t hear or can’t see that they’re lesser because their senses are limited.

Where you might see it: More than once I’ve seen this as an aside remark that’s meant to give background information about an issue or a place. Usually you’ll find it in a nonessential clause.

Why it’s insensitive: I realize that I might be losing some of you here, but hear me out. “Dark history of” tends to frame the issue as people of color existing in a predominantly white space, instead of emphasizing the racism. Or more generally, the people who are without power as being an annoyance to the people with power, depending on the framing. But most often I’ve seen this phrasing to describe racism.

Where you might see it: Policy stories about an issue or election stories where two candidates are running.

Why it’s insensitive: This is a bit like the previous entry and again, hear me out. This framing puts “black” as “bad” and “white” as “good.” And while that may not  seem like a problem, to some, it reinforces some problematic ideas in our culture. We can do better.

Try instead: “the issue is clear” or “It’s a clear-cut issue.”

Where you might see it: More than once this has come up in a sports-related story. I’ve also seen it in policy stories and court cases.

Why it’s insensitive: It’s wildly insensitive to the transgender community. After all, are there “maled” athletes?

Where you might see it: Often it’s in policy stories and used to explain that someone is being noncommittal about something important.

Why it’s insensitive: Agnostics exist. They are often stereotyped as being unable to make a decision. It’s ridiculously unfair. About 26% of Americans identify as nonreligious and this kind of shorthand alienates a major slice of your readership.

Note: The current Associated Press guidance on this issue is practically nonexistent. The current definition of agnostic and atheist are lumped together in two sentences. The current definitions have it styled 'God,' which is inaccurate and offensive because the core of the view point is a skepticism of all gods, all faiths and all religions. Keep in mind, the sections for other religious views are much lengthier and more detailed.

Further reading: NPR’s Codeswitch is a fantastic resource for race and race-related issues. There’s a podcast too.

Follow #AmEditing on Twitter or talk to fellow editors on social media. Major shoutout to awesome editors Jill Campbell and Sandra Dimas for “cakewalk” and “anemic” respectively. Also, I know there are many terms I didn’t get to cover here and many other editors I’ve learned a lot from.

No editor knows everything and there’s nothing to be ashamed of if you’re just hearing of something for the first time. Part of what makes this line of work so challenging and dynamic is that we get to learn new things and that learning is constant.