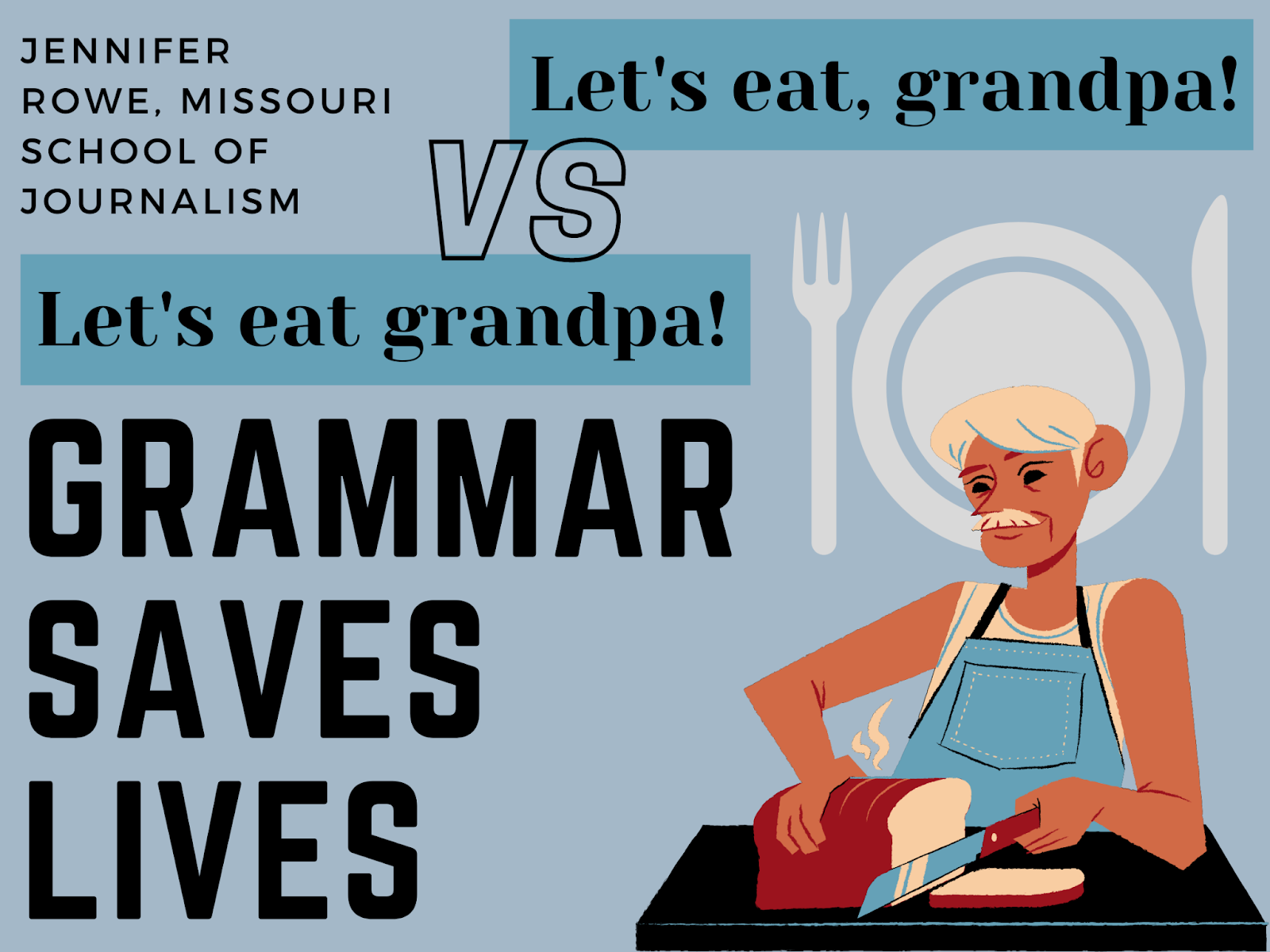 On the last day of ACES 2021 Online, Jennifer Rowe’s “Grammar Saves Lives” session created a safe haven for grammar enthusiasts to geek out about commas, pronouns, verbs, modifiers, and more. Her session provided editors with tips on how to navigate the complexities of modern grammar.

This is a brief overview of basic grammar along with an opportunity to refresh those grammar skills before watching the session recording. All answers to these practice questions can be found at the end and also in the session.

The subject is what the sentence is about. The verb is the action or state of being.

Uncountable nouns are nouns that have no plural, although they might look plural.

Uncountable nouns may take a singular or plural verb depending on the context.

Indefinite pronouns are pronouns that refer to no one or nothing in particular and lack specificity.

Indefinite pronouns can be singular or plural depending on the context.

Sometimes words, between a noun or pronoun and the verb, confuse matters.

Pronouns are the players sitting on the bench waiting to take the place of a noun that has been overused.

An antecedent is a word that a pronoun replaces or references. The antecedent and pronoun must agree in both number and gender.

Restrictive: phrase or clause that is essential to the meaning of the sentence.

Nonrestrictive: phrase or clause that is not essential to the meaning of the sentence.

The pronoun which is used to introduce a nonrestrictive dependent clause and is set off by commas.

The pronoun that is used to introduce a restrictive clause and is not set off by commas.

Use which for information that merely elaborates and use that when the information must be included.

Who and that are both relative pronouns used to introduce dependent clauses that include additional information about the noun or pronoun preceding them.

Who is usually used when referring to people or animals with names.

That is used with inanimate objects or things.

The case of a noun or pronoun shows its relation to other words in a phrase or clause.

Subjective: the subject of the sentence, phrase, or clause

Objective: the object of the sentence, phrase, or clause

Misplaced modifiers are words, phrases, and clauses that are misplaced in the sentence so as to obscure their meaning.

The participial phrase should modify the noun closest to it.

Good vs Well and Bad vs Badly

Good and bad are adjectives and should modify nouns or pronouns.

Well and badly are adverbs and should modify verbs, adjectives, or other adverbs.

Linking verbs are always followed by adjectives, not adverbs.

Use a possessive form after the last word if ownership is joint.

Use a possessive form after both words if the objects are individually owned.

Apostrophes shouldn’t be used for non-possessive plural forms of nouns.

Adverse means unfavorable. To be averse means you are opposed to or reluctant about something.

Affect is a verb and means to influence, and effect is a noun meaning the result.

Fewer should be used with plural items (ending in “s”), less with quantities or amounts, which are singular.

Registered conference attendees can watch this session through July 31, 2021.