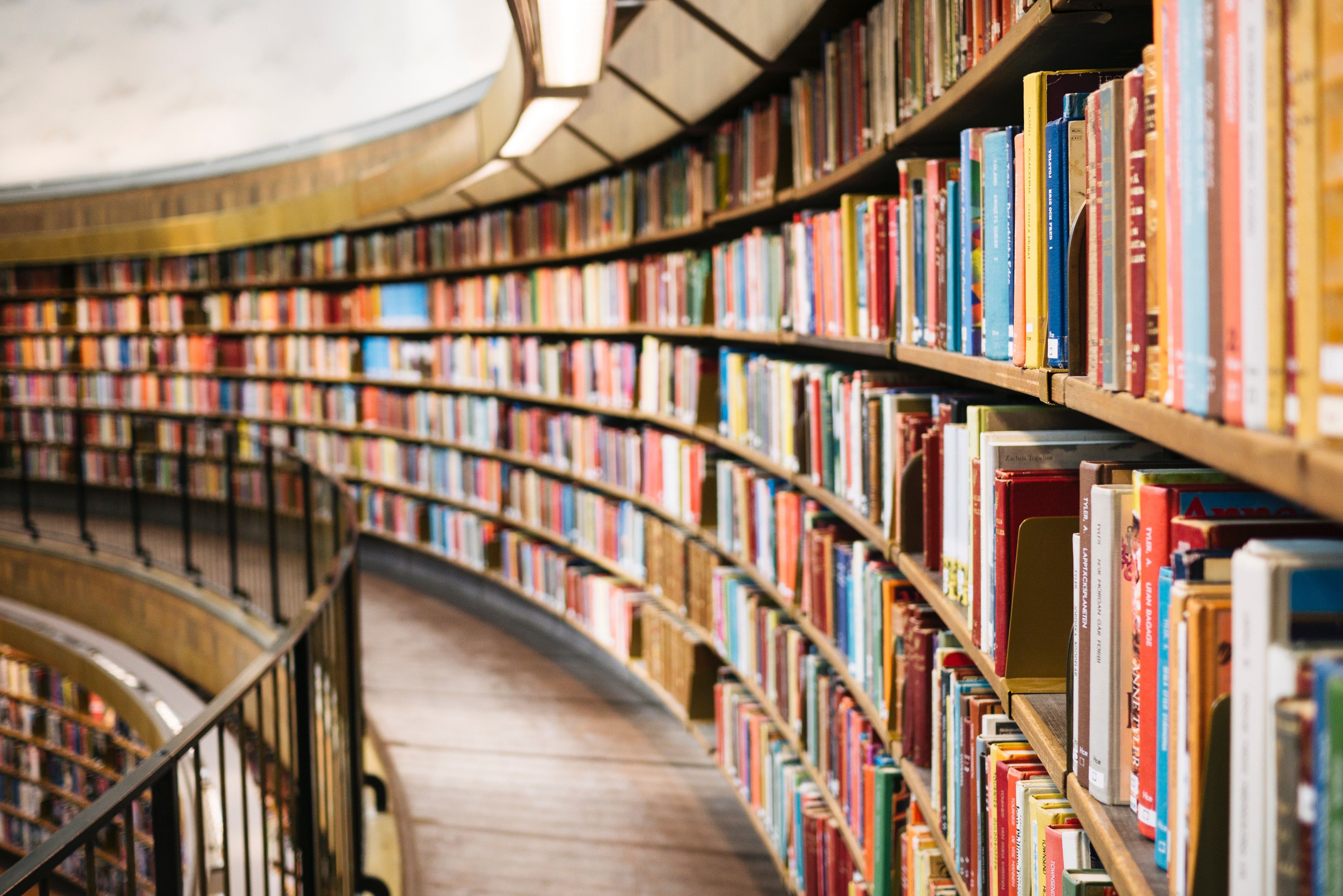 What would you say are the common traits of editors as a group? For the first 10 years of my career, my love of tradition, structure, and orderliness served me well, but when I found myself needing to switch streams I learned that flexibility and adaptability would be key to my professional survival. As the editing landscape continues to evolve, I’ve gotten better at rolling with new situations and, although I couldn’t have predicted the path my career would take, I am very grateful for the opportunities that working across diverse platforms has given me.

I started my career as a business news copy editor in the 1990s. Although I landed in the business section by accident (the section editor of my small-market paper needed a helper and I was available), I soon developed a solid understanding of business trends and terminology. I discovered that I preferred business to the other sections: the reporters were smart, the story arcs were logical, and few of the stories affected me personally.

Editing for business was fairly straightforward. Our daily turnaround meant that fact- and source-checking materials were readily at hand. Contributing writers were usually happy to talk with us when we required clarifications. Consistency and accuracy between stories and within the section was ensured through frequent collaboration among editors, and we were mindful that our newspaper was helping to shape the business environment, as stock prices rose and fell partly in response to our reports and predictions.

News editing was unique in that we could deliberately “spin,” or bias, stories through headline writing and story placement. Although we didn’t publish unnamed sources, the accuracy of our quotes was at the mercy of the reporters who wrote the stories. There was a grim joke in the newsroom that doctors might bury their mistakes, but newspapers published theirs.

And while no one liked having to print retractions, the fact that we were a daily publication meant that the hang time between error and correction was relatively short, and by the time a retraction was published the newsroom staff had already moved on to the next topic. At the time I didn’t appreciate how costly errors could be in other publishing environments, such as journals and textbooks.

I spent several rewarding years as a business editor with a national newspaper, but life circumstances forced me to change cities and careers at the same time. It was early in the 2000s, and the newspaper in my new town had already begun downsizing its editorial staff. I took a job as the science editor with an environmental remediation company, never expecting it to become a permanent switch. In my mind, I was still a business editor working a side gig, but that side gig turned into six years of working full time as the only language specialist in a company of scientists and engineers.

I had taken environmental science in university, and am still a passionate conservationist, so I had a basic understanding of the environmental issues and remediation work my company was involved in. Although I never had the chance to work in the field with my colleagues, I understood the importance of quality control and analytical rigour in our documents.

This company used Microsoft Office for all its scheduling and document production. Rather than using a dedicated editing software, I found myself editing in Excel and Word. Word’s “comments” feature, and “track changes” in general, took me aback: I was surprised that the report authors wanted a record of every single thing I changed.

While business journalists had always trusted me to ensure the quality of stories published under their names, the scientists I worked with needed some convincing. Before I came along, they had worked for years with no professional editorial oversight. It took a while—and several heart-to-heart chats—before they embraced me or my role. They were right to be skeptical. Editing for scientific journals was different from copy editing in scope and form, and the ramifications of the reports were more far-reaching, affecting international remediation programs and policies. I learned a lot on the fly in this actively publishing office.

I also found myself navigating the foreign terrain of academic style guides. Although I knew Canadian Press and Globe and Mail styles inside and out, I probably sent 10 major papers through for publication before someone casually left an APA (American Psychological Association) style guide on my desk. That small gesture led to some panicky studying on my part, as well as the kind of cold sweat I had previously experienced only when the server erased my entire news section half an hour before midnight on New Year’s Eve, 1999.

Occasionally, plagiarized work would appear in the first draft of a report I received. Instead of the authors receiving a public shaming, as they would have in a newsroom, they were taken aside for a quiet word in private with the boss, often to no real effect. With little incentive for authors to change their approach to writing, the responsibility to detect and remove plagiarism from reports fell on my shoulders. Even after years with the company, I grappled with the fact that some report authors felt that writing form and style were just window dressing. When I accepted a teaching position at the local college, I discovered that many writers developed this attitude while they were still in school. I decided I would do what I could to change that.

Until this point, whatever I had known about editing had been purely practical. I had been able to internalize style guides, and understood grammar instinctively. Now I found myself struggling to explain to students why certain conventions had to be observed. I could no longer get away with saying, “Just do it, because I said so.” I also had to learn to communicate with kindness—something that doesn’t necessarily come naturally to people who are used to working on tight deadlines with sensitive material. Instead of barking, “What were you thinking?” at a reporter who had sent me a half-assed piece of copy, I now had to coax student authors to express themselves clearly in their reports, and encourage them to find their own voices. I developed a bad, recurring case of hives in my first year of academic editing and teaching, which, I suspect, was caused by the stress of stifling my harsher critical impulses and creating an approachable persona that didn’t scare student writers.

The biggest cultural shift I noticed between editing academic writers and editing writing professionals was that I could no longer assume that people were writing because they wanted to. Even in their final years of school, many students hated report writing, and they told me so, energetically and often. For some, the grammar and style rules they were being asked to follow took them back to unpleasant memories of elementary school struggles. Others felt that editorial suggestions undermined their intelligence, and took them as personal insults.

Resistant students were only half of the issue. I also occasionally faced pressure from my academic chairs to pass students, or to push papers through to submission, because writing ability was the only thing keeping some students from moving on in their programs. This helped me learn to distance myself emotionally from the content I was editing. While I had always felt some level of joint ownership of the news articles and scientific reports I had helped to publish, academic writers had to stand on their own. They were free to accept or reject my input, but the response to their finished work—whether a grade, a degree, or publication—fell on their own shoulders.

I also used this time to find ways to appeal to students who had previously been indifferent to writing. In some cases, I was battling years of school conditioning that had convinced them they had nothing worth sharing. My most memorable students came to me outside of class to show me things they had written, not for any assignment, but because they wanted to put something of their own creation on paper. That was worth more to me than any newspaper award or journal credit I ever received.

I currently work as a Hansard editor. Editing the historical Hansard record, an in-extenso report of what is said in Parliament, is different from news or academic editing, in that it strives to reconcile verbatim political debates and meetings with grammatical convention, while maintaining as much of the unique voices of the speakers as possible. It is deadline-driven, language-loving work, and I am grateful to have colleagues who share my passion for style and grammar, and who can expound on all kinds of arcane subjects that appeal to people who know their they’re from their there.

Although the work I do now feels similar to the newsroom work I loved, I keep an eye on developments in the realms of science and academic editing. The trend of using artificial intelligence to edit and create stories disturbs me, but I believe human editors will be necessary for the foreseeable future. Expecting a pre-programmed AI to have the intuition, cross-referencing ability, and intellectual agility required to perform complex editing jobs well—let alone communicate empathetically with authors—is unrealistic at this point. Selfishly, I’m glad for that.

Editing across multiple industries has exposed me to more topics, and given me insights to more concepts and more work styles, than I would have known existed if I had remained in business editing. Switching work streams has kept me intellectually flexible and curious, and has helped me to become a more compassionate author ally. Perhaps most importantly, it has taught me that even in editing, nothing is carved in stone, and for that I’m very thankful. 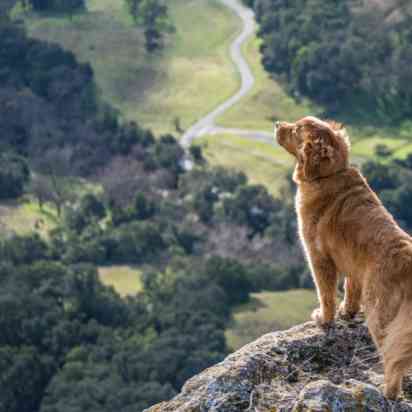 Grammar on the Edge: It’s Cleft Sentences That We’re Talking About