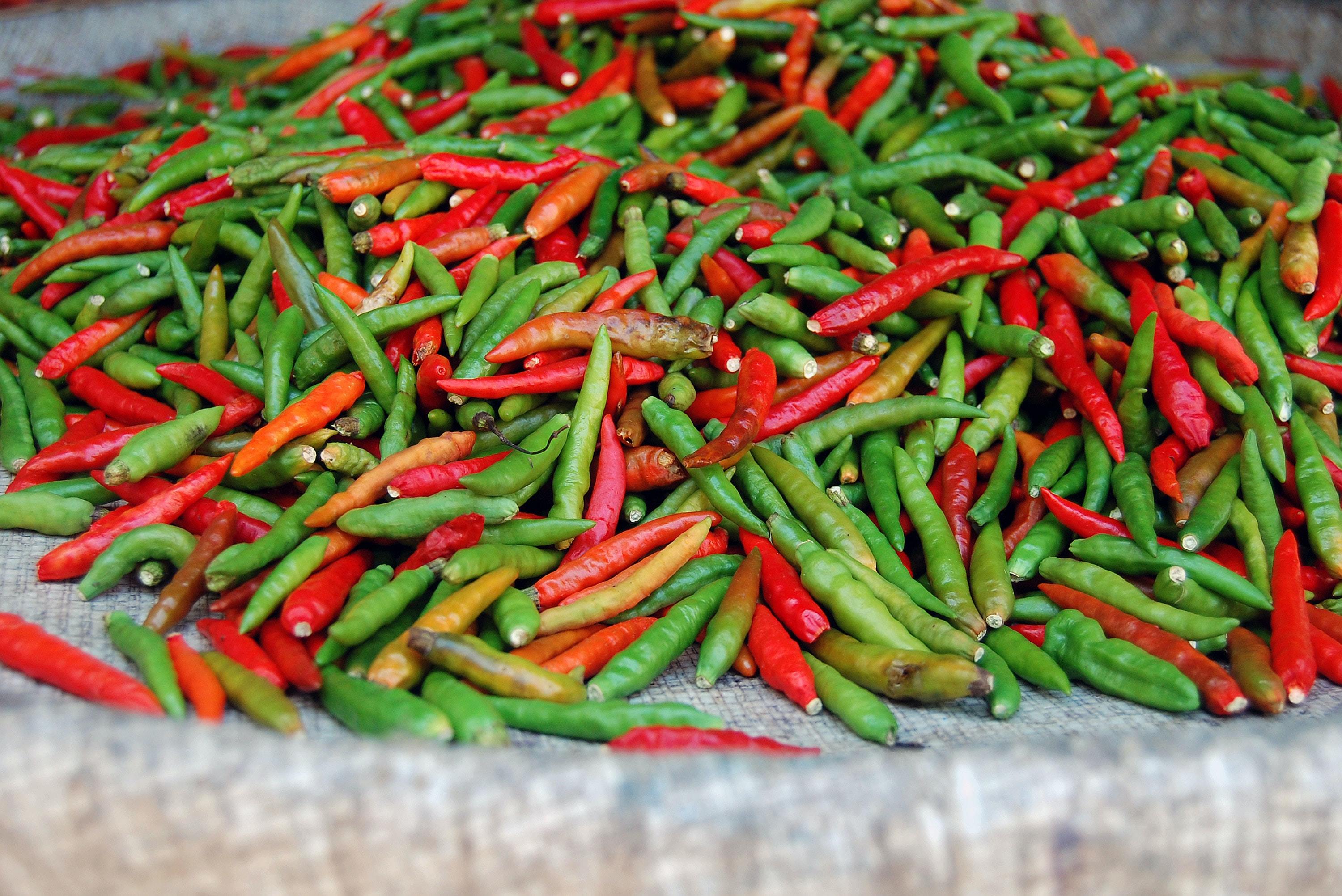 Picking at the Pepper Problem

I used to like spicy food much more than I do now. I was never a fanatic about it — chomping on a ghost pepper has never been on my bucket list. But there are people out there who will jump at any chance to experience new levels of mouth pain whenever they hear about a new, more powerful chile.

Which word or words these culinary masochists use to describe the instruments of their taste bud torture can be a consequence of their geography, their upbringing, or even their views on language. As a copyeditor, though, you have to decide on the convention that’s right for your manuscript, and you have three choices.

Chile (pl. chiles) is the Spanish spelling, and for this reason, many people believe that, when referring to peppers from Central and South America, that is the spelling to use. However, Chile is also the name of a country, and some writers and editors prefer that the word stay that way, opting for another spelling to refer to the peppers.

Another point against chile is that, although it’s the Spanish spelling, the word itself did not originate in Spain. It’s a loanword derived from the Nahuatl chilli, a spelling we’ll get to soon enough.

A common but by no means universal convention adopted (often more in theory than practice) by a number of publishers is to use the word chile to refer to the pepper while reserving chili for the spicy, gloppy stew of meat and spices and sometimes beans, what is more accurately chili con carne . . . or chile con carne.

Another editorial option out there is to restrict chili to English phrases and chile to Spanish ones, such that a chef might use Anaheim chili peppers to make chiles rellenos.

Strangely, regardless of the overall philosophy toward word choice, foodies seem to agree on what spelling to use for foods that use the spicy stew as a topping. They’re almost always chili dogs and chili fries; instances of “chile dog” are practically nonexistent.

Chilli (pl. chillies) is a spelling I don’t recall ever having seen in the wild. It makes sense that I wouldn’t, though: That double-L spelling is primarily British. It’s the preferred spelling in the New Oxford Style Manual, both for the dish and the peppers.

And yes, you can find chilli dogs in London.

Dictionaries recognize all three spellings of the word as valid, so it’s ultimately an editorial choice — one that ought to be recorded in your house style guide. On one hand, because all three spellings are attested, you can’t technically be wrong regardless of which spelling you end up with. On the other hand, it also means that whichever spelling you choose, someone out there will think you’re wrong and may let you know about it in a letter peppered with spicy language.

Photo by Melina Yakas on Unsplash

This article was originally posted on Copyediting.com on 7/18/18.