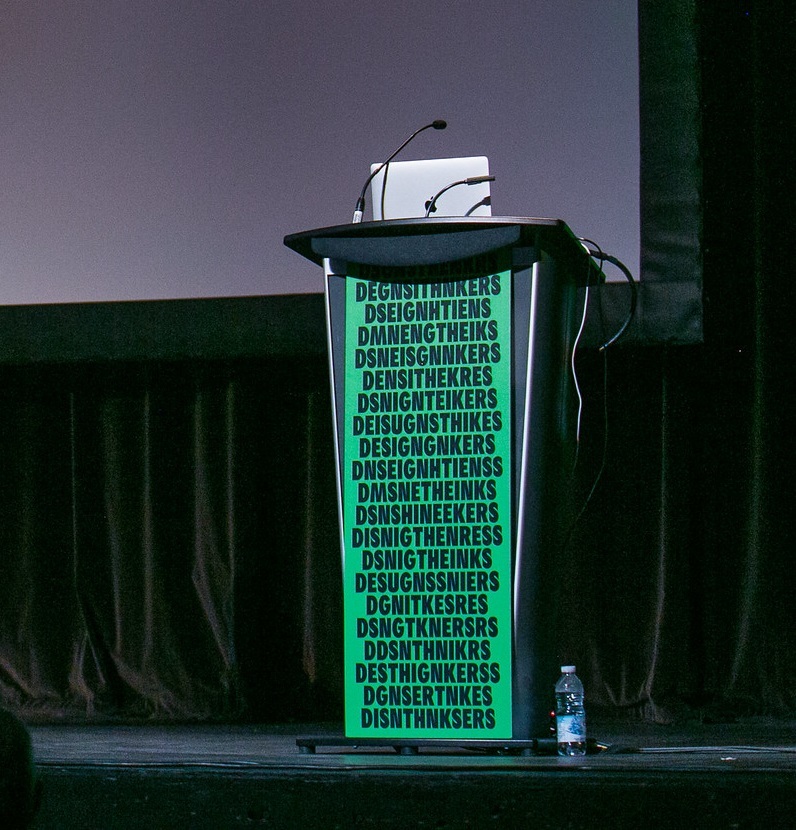 Editors aren’t the only ones with an ironic love of “stet,” meaning “leave it as it was.” Emblazoned around the Design Thinkers conference in Toronto, Canada, in October 2019 were banners touting “ctrl—z,” created by the conference’s design partner, Concrete. But where “stet” might be interpreted as sticking with convention, the Design Thinkers (put on by RGD, the Association of Registered Graphic Designers in Canada) interpreted the conference theme as “undoing convention.” And boy, did they ever.

The program alone undoes a great number of publishing conventions:

The theme of undoing convention continued onto the podiums, where legibility was denied by jumbles of text so thick that it was hard to notice that the letters didn’t make words. It was even present in the banners bearing the computer keyboard shortcut for “undo,” setting it as “ctrl—z,” with an em dash rather than the usual plus sign.

Several of the presenters played on the theme of flying in the face of convention: the Can’t Read, Can’t Write, Here’s My Book author, to name one. (Read the previous post about this author’s experience.) And Lana Porter of the New York Times demonstrated news reporting that looked more like a first-person video game, where readers get to explore a story site geographically, with relevant text, video and audio snippets tagged to relevant locations as they “walk through” a site.

Building on the ctrl—z idea to “undo or rethink ideas and see how useful or valid they are in today’s world,” what other conventions could publishing challenge? Must right-hand (recto) pages carry odd page numbers? Must folios (page numbers) appear on the outer edges rather than in the gutter? Are callouts for visuals necessary?

Poets get to play with all sorts of conventions. But some novelists do, too: Quotation marks around dialogue are standard, and yet readers of James Joyce and Samuel Beckett report accommodating quickly to the authors’ rejection of such marks.

Hyphenated words are afforded 15 pages in the Chicago Manual of Style, yet editing for just one client who eschews all such hyphens can make me wonder why we need them anywhere.

Language and grammar are constantly changing—how about the rest of publishing? What conventions could you undo?

Adrienne is a certified copyeditor but is more known for pulling together multifaceted projects created by teams in a form that suits both the learner and the learning environment. Her title credits range from aircraft build specs to sea-kayaking guides, and from geophysics to Aboriginal knowledge. But the focus on maths and sciences is how she earned the moniker SciEditor. She also developed a self-study program for editing with Word. 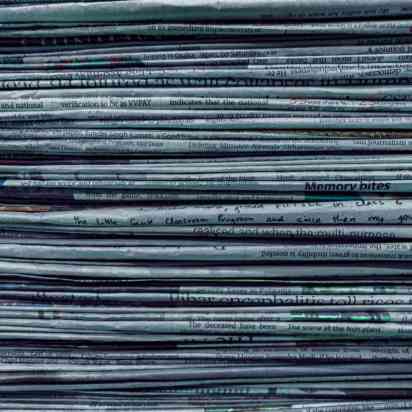 Does this headline make you want to read this story?

Interview with an Editor: Melissa Vagi