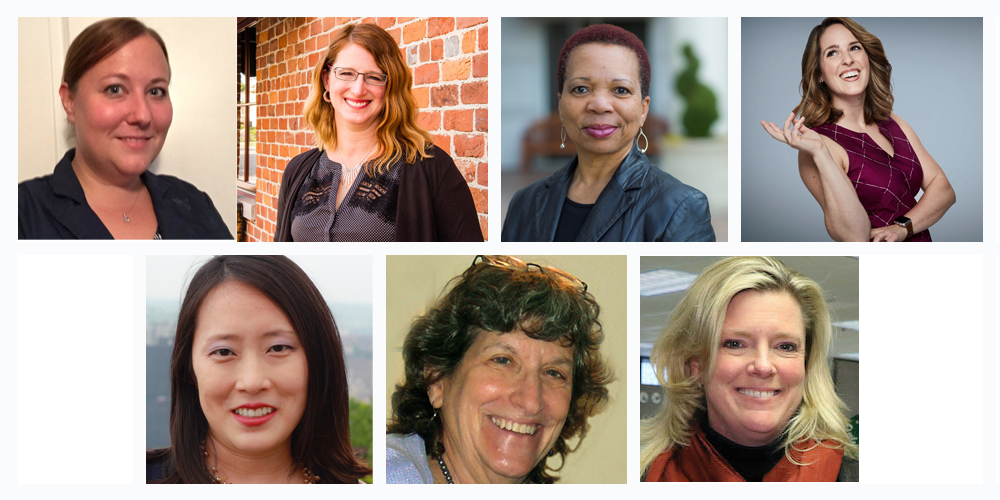 ACES welcomes familiar faces back and one new board member to the 2020 Executive Committee.

Both ACES: The Society for Editing incumbent officers were re-elected to their positions. Sara Ziegler, president, and Sam Enslen, vice president, will continue in their roles.

ACES members selected the officers and board members in voting from Feb. 15 to March 1. The new terms begin May 2. The next election begins with nominations for open seats accepted beginning Dec. 15.

Sara Ziegler has been the president of ACES: The Society for Editing since 2018 and is sports editor at data journalism site FiveThirtyEight, with prior stints at Law360 and the Omaha World-Herald. She is from Sioux Falls, South Dakota, and is an alumna of Iowa State University. She and her husband live in New York City with their two cats.

Samantha Enslen runs Dragonfly Editorial, an agency that provides writing and editing to customers worldwide. She is the former editorial manager for CSC and a former contributing editor to the Editorial Eye. She is also an award-winning writer who has been recognized for her websites, brochures, features and white papers. Sam has been the vice president of ACES since 2018. In 2014, she published the the inaugural edition of Tracking Changes, ACES' quarterly journal, and served as the journal's managing editor from 2014 to 2020.

Alysha Love is a content editor for TSheets by Quickbooks, owner of Payette Media House and has been an executive board member of ACES: The Society for Editing since 2016. Her move to Boise in 2018 gave Love a taste of local journalism as multiplatform editor at the Idaho Statesman. She previously worked in the fast-paced world of digital political journalism in Washington, D.C., as multiplatform editor at CNN Politics and web editor at Politico. Love is a Show-Me State native who graduated from the Missouri School of Journalism.

Christine Ma is a copyeditor and proofreader with more than fifteen years of experience. She specializes in children’s and young adult fiction and nonfiction books, but she also works on fiction and nonfiction titles for adults. She is a member of the Advisory Council of Conscious Style Guide and is excited to begin her second term on the Executive Board of ACES. She became managing editor of ACES' quarterly journal, Tracking Changes, this year.

Merrill Perlman spent 25 years at The New York Times in jobs ranging from copy editor to director of copy desks, in charge of all 150-plus copy editors at The Times. (Both titles are, sadly, now extinct at The Times.) Now, she's a freelance editor and a writing and editing coach for corporations and individuals (and a trainer for ACES, where she's also on the board and the Education Fund board). She's a volunteer tour guide and greeter in Central Park.

Teresa Schmedding manages content strategy for Wipfli LLP, a top 20 accounting, consulting and private wealth management firm. She also is a member of the ACES Executive Committee after serving as ACES' president for eight years; she now overseeing ACES' training programs. She has a master's in strategic management and a bachelor's in journalism from the University of Missouri. She previously worked in journalism for 25 years.