Happy New Year from ACES: The Society for Editing! We’re excited to kick off 2020, but we wanted to take a moment and look back at everything we accomplished together in 2019.

Let me start by thanking you, our incredible members, for making ACES the organization that it is. I’m so proud of the supportive, inclusive community that ACES has been, and it’s a community that continues to grow by leaps and bounds — more than 3,500 members!

Along with that growth has come a push for a professionalization of the organization. For most of ACES’s history, the group was run almost entirely by volunteers — volunteers with editing jobs of their own. As we grew, the ACES board realized that we couldn’t maintain the kind of organization we wanted just with volunteers. So in 2018, we added a director of operations, Abbi Booth, who was promoted to executive director in April. Shortly thereafter, we decided to hire a full-time communication manager, and Kim Lawyer came aboard in October. And we’re hiring again! We added a part-time bookkeeper who started in December. Abbi and Kim are association professionals and are here to help you! We’re thrilled with their work and look forward to all of the ways they will help ACES this year.

Many of you already saw what Abbi can do at the 2019 ACES national conference in late March. We set a record for conference attendance, with 876 of you making your way to Providence, Rhode Island, for three days of training, networking and bonding over our mutual love of language. Our next national conference is coming up, from April 30 through May 2 in Salt Lake City, and we would love to see you there.

But if you can’t make it to Utah, there will be plenty of other training opportunities for you this year, both online and in person. We’ve drastically increased our webinar sessions, offering free online training for our members on such topics as content marketing, headline writing, bias in editing and editing cookbooks. And after our purchase of the Copyediting.com assets in late 2018, we spent last year bringing their library of webinars over to our site, and those are also free to all members.

Our members are our most important resource. The ACES board wants our services to reflect our members and our varied industries, and to that end, in 2019 we created a Diversity & Inclusion Committee. We believe in supporting a diverse field of editors and promoting underrepresented voices, and we want you to see yourself in this organization.

Thank you to all of our incredible members for what you bring to ACES. Please don’t hesitate to reach out if there’s something we could be doing to serve you better. 2019 was an amazing year; here’s to 2020!

The ACES Education Fund celebrated another productive and rewarding year, thanks to the generosity of donors and volunteers and the excellence of the six newest ACES scholarship winners.

The 2018-19 student honorees included Nancy Coleman, the second winner of the Bill Walsh scholarship. The $3,000 award, named for the late Washington Post copy editor, blogger, author, and member of the Education Fund board, is given annually to a college student who aspires to enter the news business. Nancy, a spring graduate of the University of Missouri, is a culture reporter at The New York Times and a member of its inaugural fellowship class.

Anya van Wagtendonk, who received her master’s degree from the Newmark Graduate School of Journalism at the City University of New York, was awarded the $2,500 Aubespin scholarship, named for Merv Aubespin, an early proponent of the formation of ACES.

Fundraising for 2019 remained strong, as 120-plus members and friends of ACES donated more than $33,000 through Dec. 20, including 49 donors who contributed during our successful #GivingTuesday drive.

The Education Fund benefited, as well, from the generosity and handiwork of scores of donors who gave and in many cases crafted items for the silent auction fundraiser at the Providence conference.

One creative contribution to the Ed Fund came from Brady Jones, a former member of the ACES Executive Committee, and current committee member Alysha Love. They held a joint Facebook birthday fundraiser to collect $1,500 with the goal of paying for a full ACES scholarship. Merrill Perlman, also of the Executive Committee, similarly used a Facebook birthday fundraiser to collect nearly $1,200 for the fund.

The Education Fund board will announce the next class of scholars, for the 2019-20 academic year, early in the new year. Looking ahead to the 2020 conference in Salt Lake City, the board is busy with planning for the spelling bee, which once again will be sponsored by Lingofy, with proceeds benefiting the fund, and the silent auction. Members can watch for details soon about how to take part in both efforts. 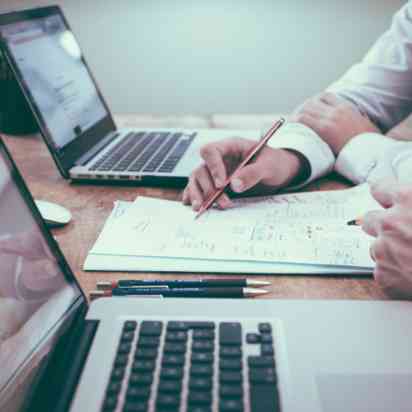 Five Ways to Succeed as a Book Copy Editor