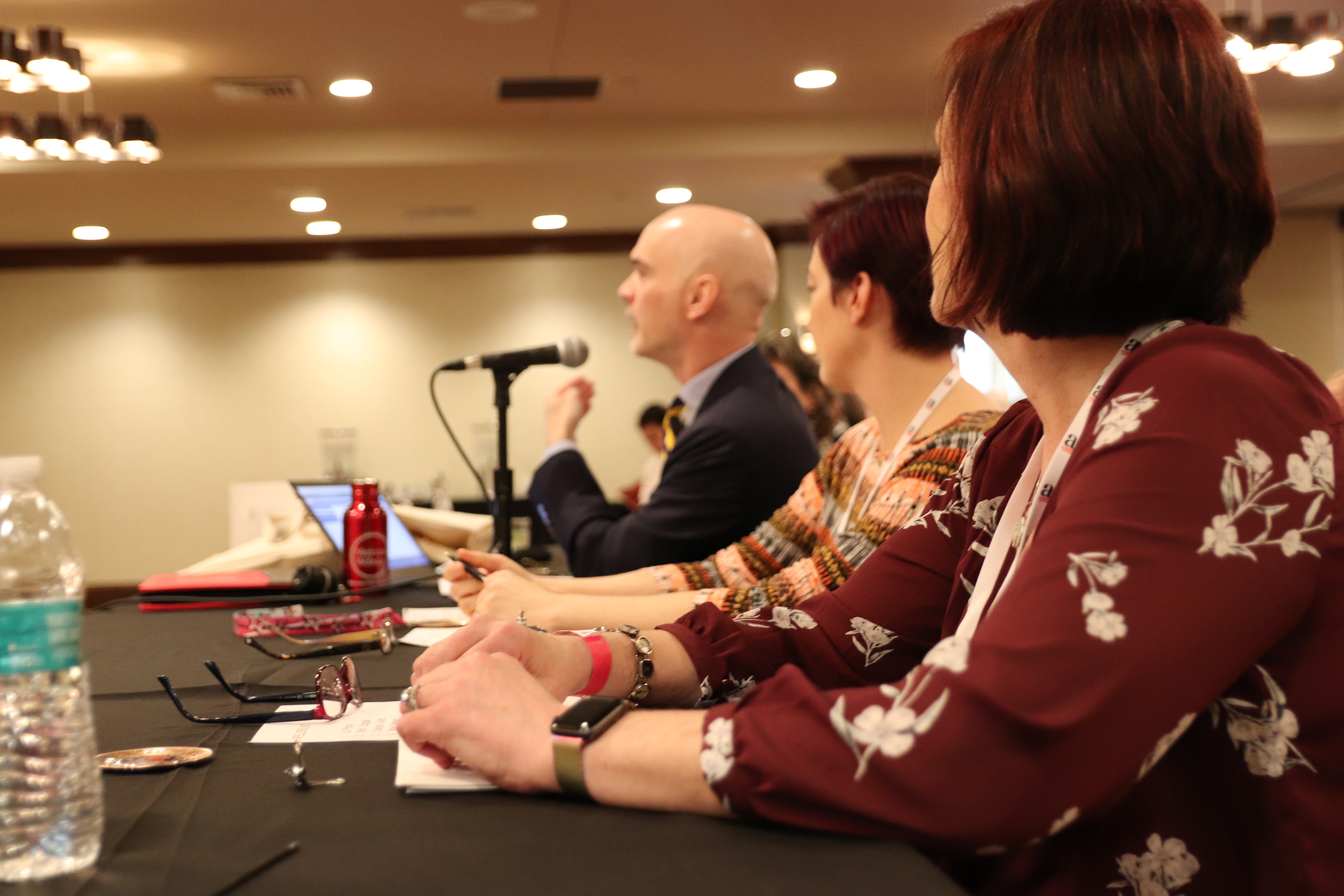 Twelve spellers took to the stage to show off their spelling chops. They tackled recent dictionary entries, words of Scottish origin, and commonly misspelled words.

Tensions rose as spellers dropped out of the bee one by one. Journalism student and ONA USFSP President Graham Colton paused before misspelling “commissary.”

The competition showed how difficult spelling can be, even for word aces.

Chapple defeated Karp to win the first-prize trophy and the opportunity to host next year’s competition, all while contributing to a good cause.

Participants paid $25 to compete, and audience members paid $10 to get in the door. Sponsor Lingofy, a website that assists with spelling, vocabulary, and tone of voice, also helped make the event possible.

Lingofy, a longtime ACES supporter, contributed a range of Apple products as prizes, Neil Holdway, the secretary of the ACES Executive Board, said.

All money raised goes to the ACES Education Fund, which the organization uses to award college scholarships.

Thanks to the enthusiasm of the spellers and audience, and with the support of Lingofy, the Spelling Bee brought in more than $1,200, Holdway said. To date, ACES has awarded 100 scholarships, ranging from $1,500 to $3,000.