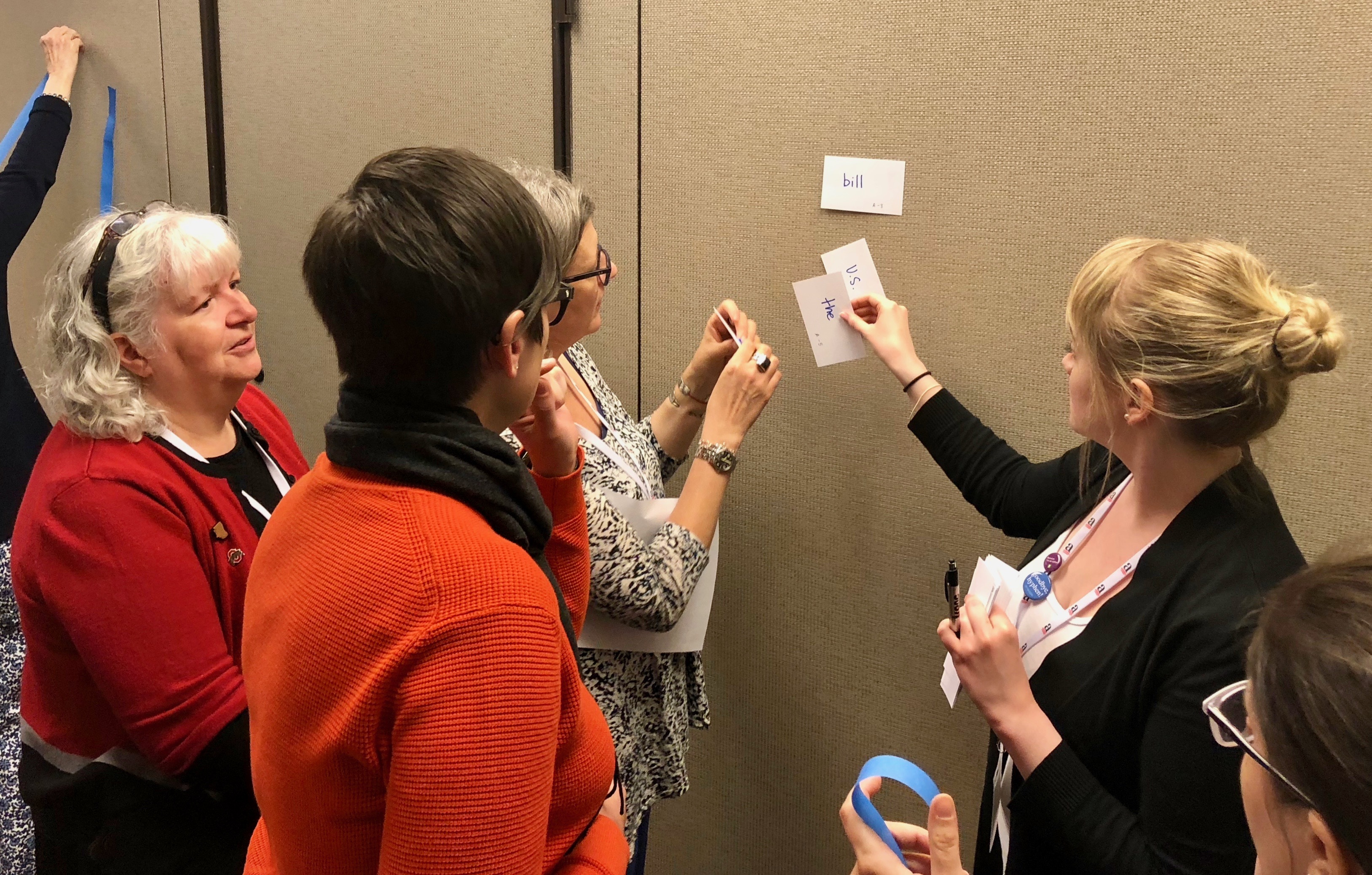 Putting some of the worst sentences ever constructed on solid, dotted and diagonal lines

One of the first sessions of the 2018 ACES conference in Chicago covered sentence diagramming. Hillary Warren, professor and media advisor at Otterbein University, opened her funny and enthusiastic talk by saying she hasn’t seen this many people “come to hear me talk without paying tuition.”

Most of the 60-plus attendees admitted they haven’t tried to diagram a sentence since middle school, if ever. The practice of breaking apart various subjects, verbs, prepositions, and other components onto solid, dotted, and diagonal lines seems to have been forgotten, either due to a lack of time or possibly trauma from fifth-grade English class.

But there is value in going back to the basics.

“One of the great things about diagramming sentences is that you can create order. Diagramming helps you find and fix problems,” Warren said. “We can enjoy the feeling of taking a sentence and wrestling it into submission — what is your writer actually trying to say?”

Her attitude toward sentence diagramming was infectious. “It’s sort of like cooking; each little step isn’t that hard, but you can have fun with it.”

That fun was evident in a practical exercise that divided participants into groups, each assigned a sentence and challenged to diagram that sentence onto the walls of the conference room with blue painter’s tape and notecards.

Warren said she finds a gold mine of poorly constructed sentences on Reddit.com, as well as in small-town newspapers.

My group’s sentence was (spelling and punctuation verbatim):

My group had a momentary debate on where to put “today” (is it part of the prepositional phrase “in circulation” or does it modify “bill”?) and if we would have enough tape for all the adjectives. Turns out, diagramming was every bit as fun as Warren said, although that may have been due to the presence of so many like-minded people in the room.

“We are among friends,” Warren said at one point.

Among her tips for diagramming sentences, pay attention to word order.

Warren prefers the old school method of diagramming with ruler and pencil, and encouraged attendees to practice.

“I have found these to be way more fun than crossword puzzles. You have a spelling bee? We should have this,” she said, referring to the Education Fund Spelling Bee held the first night of the conference.

For more in-depth information on diagramming, “people on YouTube do this for free and you can watch them!”

Or, see Warren’s slides from her presentation.