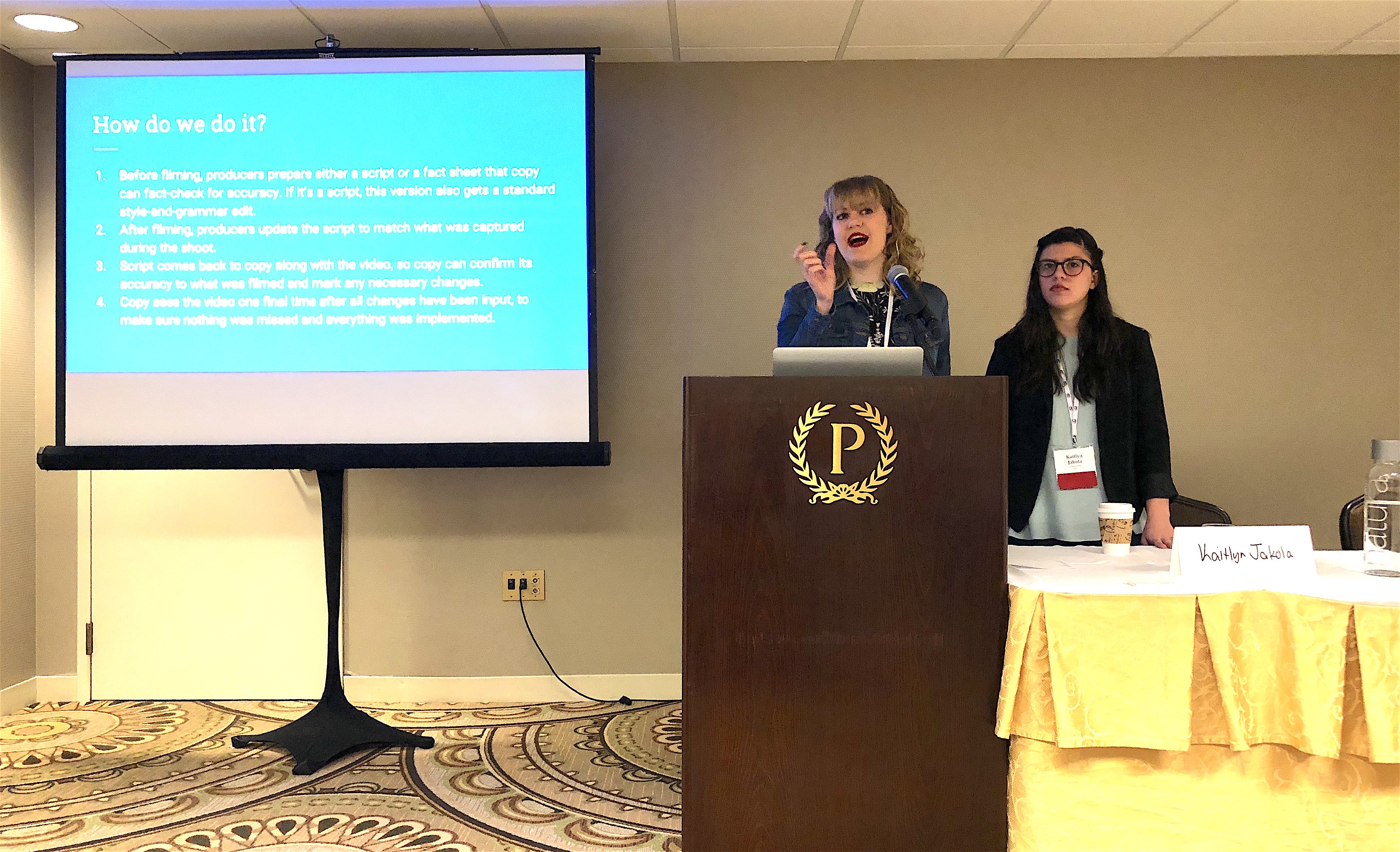 Pivoting to video helps copy editors increase their workplace worth

In their ACES 2018 session, How Does a Copy Editor Pivot to Video, Kaitlyn Jakola and Ali Killian discussed how and why copy editors edit video content.

Jakola and Killian are, respectively, the copy chief and deputy copy chief of Mic. They’ve been editing video content at Mic for more than two years.

Jakola and Killian said that copy editing video is a chance for copy editors to improve video, which is becoming increasingly important in journalism. Copy editing video also helps editors prove their value to company leaders.

By copy editing videos, they said, editors can improve clarity, accuracy, transparency, consistency and responsibility, which can put an organization’s brand above its competitors.

It’s also vital to catch video errors before they’re published, they said, because video mistakes take longer to fix, so they do more damage to your brand.

Jakola and Killian shared their steps for how to edit a video:

For style suggestions on editing for video, see the Mic style guide’s addendum on video.

Jakola and Killian acknowledge that editing video presents its own challenges. Things to keep in mind:

Jakola and Killian also provided a glossary of video terms:

Nolan Brey is a student at the University of Kansas William Allen White School of Journalism and Mass Communication.