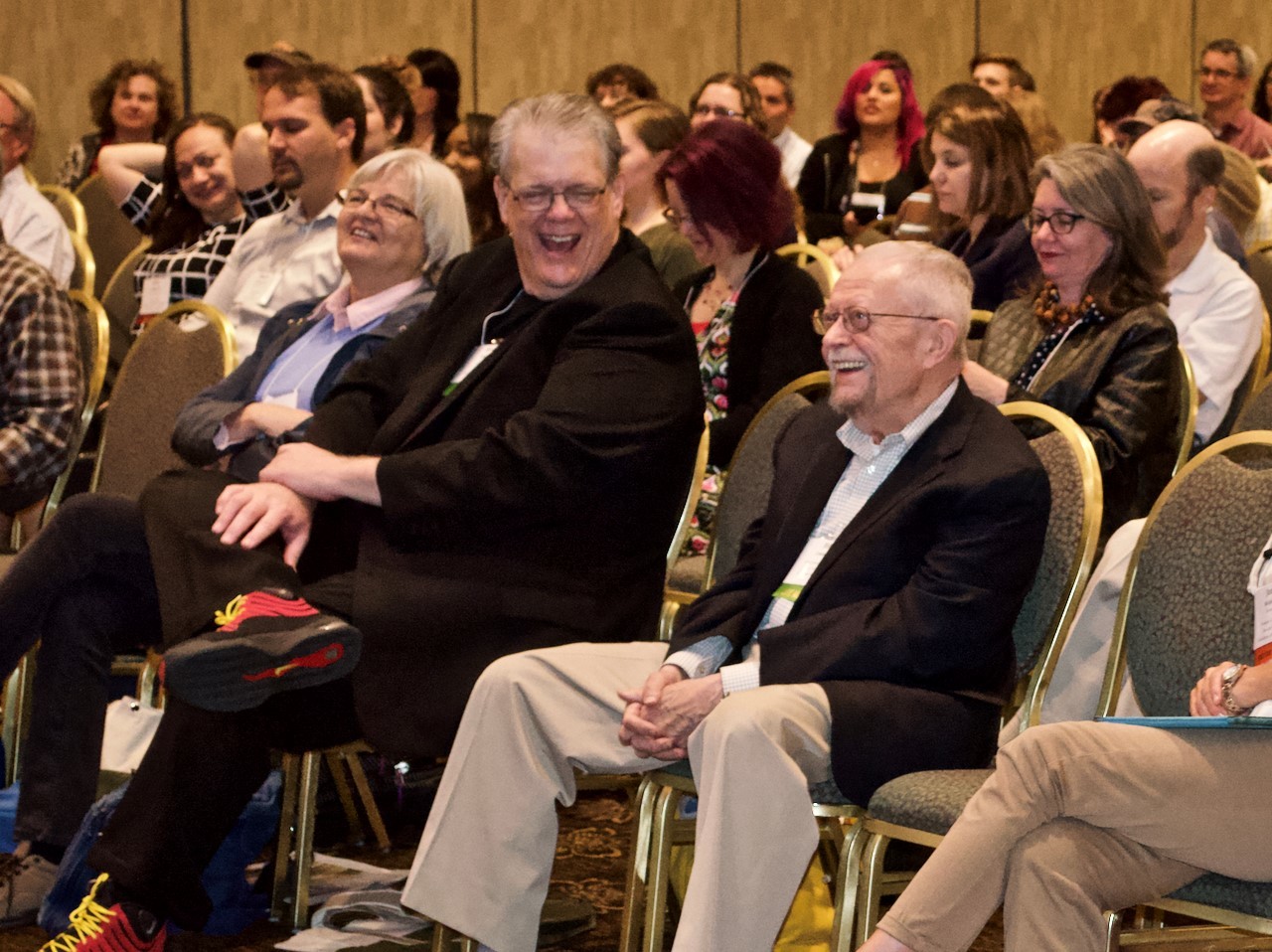 Hank Glamann, 64, was a giant among copy editors

The first thing you noticed — you HAD to notice — was the voice. It was deep and resonant — perhaps the only way to describe it is “full,” like the narrator in those early NFL Films productions, or Orson Welles. With just a hint of a twang, it was unmistakable.

Next, you noticed how it fit the man it belonged to. He was tall and broad-shouldered, overall a physical presence. When Hank Glamann was around, you knew it and thought, maybe everything is bigger in Texas, just like they say.

But what made Hank a real giant was his effect on editing. Wanting more training and respect for copy editors in the newsroom, Hank was among the first to respond to the call coming from the American Society of Newspaper Editors following its study decrying their neglect. As the late Steve Buttry, longtime newspaper editor and consultant, wrote of Hank and Pam Robinson: “They decided to stop lamenting the lack of respect for copy editors and form a group to train and advocate for copy editors.”

Now, that voice is stilled. Hank Glamann, co-founder with Robinson of the American Copy Editors Society, died June 28 at age 64.

“I hate to resort to a cliché, but Hank was genuinely a force of nature,” said Chris Wienandt, ACES’ third president. “He had strong opinions about a lot of things, he defended them fiercely, and he was usually right. Plus he was a truly nice guy on top of it all.”

“There was no one, ever, like Hank,” said ACES past president and current executive committee member Teresa Schmedding. “There were times he could be infuriating. But far more were the times of wise counsel. And he completely believed in what we do and why it matters. That’s why ACES named its award for contributions to the field of copy editing after Hank. The Glamann Award is given to people and organizations who stand for what Hank stood for, where he led the way.”

Hank worked for the Galveston Daily News, Houston Post and Dallas Morning News before arriving at the Houston Chronicle, where he was hired by Fernando Dovalina, assistant managing editor in charge of the international, news and copy desks, and a longtime friend and supporter of ACES.

“Hank Glamann was one of the best hires I ever made,” Dovalina said. “His editing, supervisory, and training skills made the Houston Chronicle look superb. He shepherded several reporting projects through the editing process, improving them and making them more likely to win prizes. He mentored many an intern who came to our copy desk. He also turned into one of my partners in my efforts to add diversity to our news desk staff.” Eventually, Hank became executive news editor.

And along with all this came the early days of ACES. As Robinson, ACES’ first president, wrote on Facebook:

“As we formed, he turned out to be comfortable wheeling and dealing with editors and publishers for money, a not-small skill. ACES godfathers Merv Aubespin and Bob Mong helped us at the start, putting Hank and me together as we tried to find a way to elevate the level of respect for copy editors, who were far too often ignored or even abused in some newsrooms.”

Hank “had a taste for the flamboyant,” recalled longtime ACES board member and current Education Fund board member Bill Connolly. “Remember those Lincoln Town Cars? But most of all Hank had an abiding faith in the importance of our craft and the people who toiled at it.”

Tireless in promoting copy editing, Hank wore many hats, such as being a visiting faculty member for the Maynard Institute’s Editing Program for Minority Journalists at the University of Arizona at Tucson. And his work was recognized widely; he won the 1998 Hearst Eagle Award for outstanding contributions to the Chronicle’s parent company, and he was a two-time winner of the John Murphy Award for Excellence in Copy Editing, given by the Texas Daily Newspaper Association.

Headlines were a particular concern of Hank’s. He emphasized their role with “Hank on Heads,” which was a staple of the annual conference for more than a decade. Matthew Crowley, longtime ACES member who also has presented workshops on headlines, recalled them:

“The Hank on Heads sessions were always packed, and they were so fun that people who went one year would go back the next,” Crowley said.

“Hank’s booming voice and his sharp wit kept us engaged. He always had a few examples of unintended double entendres that had us roaring with laughter. ‘Think you know what this means?’ he’d ask. ‘Do you now?’

“He also helped us see instantly how heads helped people get through newspapers quickly. He’d hold up a copy of the Sunday New York Times and ask how many of us would read every word. Even dedicated readers might not; but we might read the heads.”

Hank left Houston to go to the Cleveland Plain Dealer during the brief period when newspapers “thought they couldn't function without copy editors,” Robinson said. “Hard to believe now how prevalent that thought was.” The vogue at that time was to have copy editing departments led by assistant or deputy managing editors; Hank arrived in Cleveland as the A.M.E. for copy desks. Not long afterward, as the economics of newspapers began to deteriorate, Hank was told his department should pick up being wire editors as well. That wasn’t what Hank had been brought to Cleveland to do. As he once put it: “If we lose the quality control that comes from the copy desk, I fear that we risk endangering newspapers’ role in society.” Shortly thereafter he ended his newspaper career. These days, the relationship between newspapers’ ongoing abandonment of copy editing and their endangered role in society seems to fulfill Hank’s prediction.

Hank then returned to his beloved hometown of Galveston, about which he wrote movingly for the ACES newsletter after it was pummeled by Hurricane Ike in 2008. For a time he worked as a spokesman for the Texas Department of Transportation. In recent years, his health had begun to decline; as Robinson put it, “The last time many of us saw him, in Portland in 2016 (for the 20th anniversary conference), we could see he wasn't fully himself.”

But there was still the voice, which Hank had crafted through work as a radio DJ. “The voice of God,” as Dovalina put it, “a deep, sonorous instrument, precise and authoritative.”  Or in Robinson’s words: “That voice that boomed across the room. Hank loved the mic and it loved him.”

And there is ACES, in part the lengthened shadow of Hank Glamann. As Connolly said: “Hank had an abiding faith in the importance of our craft and the people who toiled at it.  He and Pam Robinson did more than anyone to ensure that copy editors mattered. That is his legacy.”