Linguist Lynne Murphy, Separated by a Common Language blogger, to be keynote speaker at ACES 2018

Lynne Murphy is often called on to answer for what her native country has done to the English language. As an American linguist in England, Murphy embraces that role with a long-running and popular blog, media appearances, and now a book, The Prodigal Tongue, due out in the spring.

In April in Chicago, Murphy will talk to a mostly American-accented crowd as the keynote speaker at the 22nd national conference of ACES: The Society for Editing.

“I’m used to talking to British audiences, based on the theme that American English isn’t the monster you think it is,” said Murphy, professor of linguistics at the University of Sussex in Brighton. Americans generally “don’t know the extent of the things British people complain about” when it comes to the Americanization of the language.

Murphy assures her new countrymates of three things when it comes to the shared language: Just because America is newer, that doesn’t mean it came up with all these language changes; some changes actually make English more English; and the English language would not be in the position it’s in were it not for the American Century.

She has appeared on British radio programs, including as a guest in a half-hour Susie Dent documentary Americanize! and a debate with journalist Matthew Engels, who wrote a book about the American takeover of the English language.

She has spoken to copy editors before, appearing as a dinner speaker and workshop presenter at national conferences of the Society for Editors and Proofreaders.

Murphy’s book is due out March 28 in the UK and April 10 in the U.S. The Prodigal Tongue: The Love-Hate Relationship Between American and British English is available for preorder from Amazon, and copies will be available for purchase at the ACES conference April 26-28.

The germ of the book started with a 15-minute talk Murphy did for a local Skeptics in the Pub organization. The first five chapters of the book, she said, are based on that talk. She has a chapter on what English means to Americans and what it means to Britons, and she looks at how dictionaries are used and perceived in each country. Dictionary culture is a frequent research topic for Murphy.

The book project was supported by a grant from the U.S. National Endowment for the Humanities.

Murphy studied linguistics as an undergrad the University of Massachusetts Amherst. She did her doctoral work at the University of Illinois at Urbana-Champaign, and she said the train trip to Chicago provided a good time to mark papers for her English composition classes. She began applying for university teaching positions early, and she got an offer from a university in South Africa. She had never had a passport before she moved to Johannesburg, but she had been studying African languages and lexicology, and she had university connections in South Africa.

“I joke that the most different place I ever lived was Texas,” Murphy said.

A stint in Texas came after South Africa, but she soon moved back across the Atlantic to the University of Sussex. In the past 17 years there, she married an Englishman and they have a daughter.

In 2006, Murphy started her blog Separated by a Common Language, in which she explores the differences in the two Englishes.

“I started the blog as a distraction from work, and then it eventually became my work because so many people were interested in it,” she said.

“I started the blog as a distraction from work, and then it eventually became my work because so many people were interested in it."

Murphy also keeps a blog of antonyms, Who Shall Remain Antonymous, billed as “a diary of antonyms, opposites, and contrasts.” Murphy calls it “a place for me to say things that amuse me about antonyms.”

On Twitter, she offers a Difference of the Day and other linguistic gems as @lynneguist.

Murphy said she is planning another book “based on going through a conversation from ‘hello’ to ‘goodbye' and the little polite things you do and how do you do them.”

But first she has undertaken a project to categorize all the British and American variations found in The Prodigal Tongue. Those familiar with her blog know that she often writes two versions of even innocuous words and phrases designated with either AmE or BrE for American English and British English. For the book, she said, that would be too messy. She is instead setting up a companion website with a long list of those options searchable by page number. 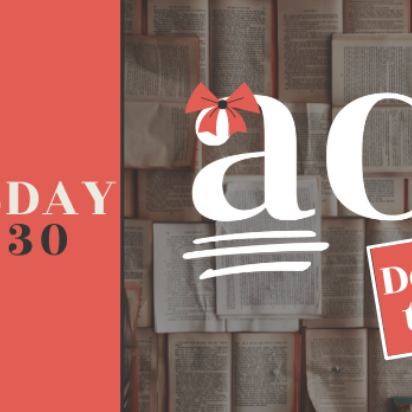