Between You and Me

The delightful Mary Norris of the New Yorker packed the room Friday at ACES national conference with her engaging and keen discussion on commas, what makes the New Yorker distinct, and her upcoming book “Between You and Me: Confessions of a Comma Queen.”

Forty copies of the book were available at the conference before its official release on April 6.

Norris smartly chronicled her career in writing and copy editing, beginning with her first job at the New Yorker in 1978 and the struggles she faced as both an editor and an aspiring novelist. Her presentation was primarily a humble catalog of her failures through the years, including every memoir, novel, and investigative work she attempted to publish. Each pitch was returned with the resounding response for her writing career: It’s not right for us.

Unflappable on her road to publication, Norris mentioned that by 2012 — 30 years into her career as a copy editor — she got discouraged about her writing but never gave up on it. It just so happened, however, that her lucky break was around the corner. A piece had been published online about the New Yorker’s untraditional use of the comma and Norris was asked to write a response piece.

“Not my first choice of subject,” she told the audience, “but nobody else was going to do it.”

On April 12, 2012, Norris’ piece “In Defense of ‘Nutty’ Commas” went viral. Because of the article’s popularity, Norris continued to write about punctuation, style problems, and her particular affection for pencils. She approached her agent about a possible book on pencils and punctuations and he jumped at the opportunity.

Within 10 days, Norris had her first book contract.

“Then, of course, came the hard part: I had to write the book. Apparently it only took two years, but it felt like 20,” she quipped.

Norris read several excerpts from her book, a cheeky and colorful collection of descriptions of the various characters from her time at the New Yorker as well as a particularly witty section on hyphens (where she had the crowd in stitches when referring to the hyphen-inclined as “laughing hyphenas”).

Norris finished up her session with a rare examination of the New Yorker style guide, holding nothing back on the criticism front. Grammar is spelled “grammer” and notes on style are far outdated, but the New Yorker’s distinctive style remains intact today.

With her keen observations, sharp wit, and sincere humility, Mary Norris enthralled the entire room and excited everyone with the revelations to come in “Between You and Me.” If the rest of the book is nearly as enchanting as Norris herself, we all have something special to look forward to.

Katie Antonsson is a student at the University of Pennsylvania.

Taming the Inner Perfectionist: A Session Recap in Infographics 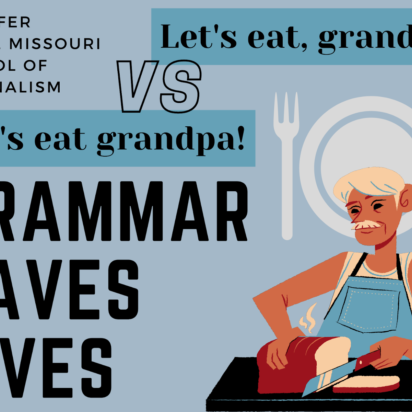